Various Projects x Arratia Beer, As Long As It Lasts... 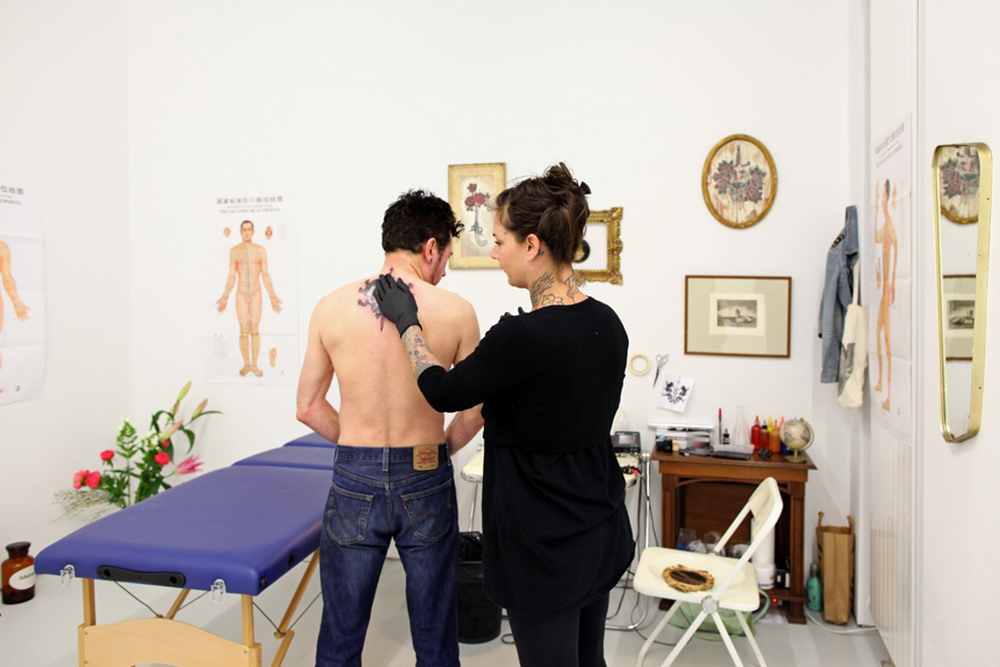 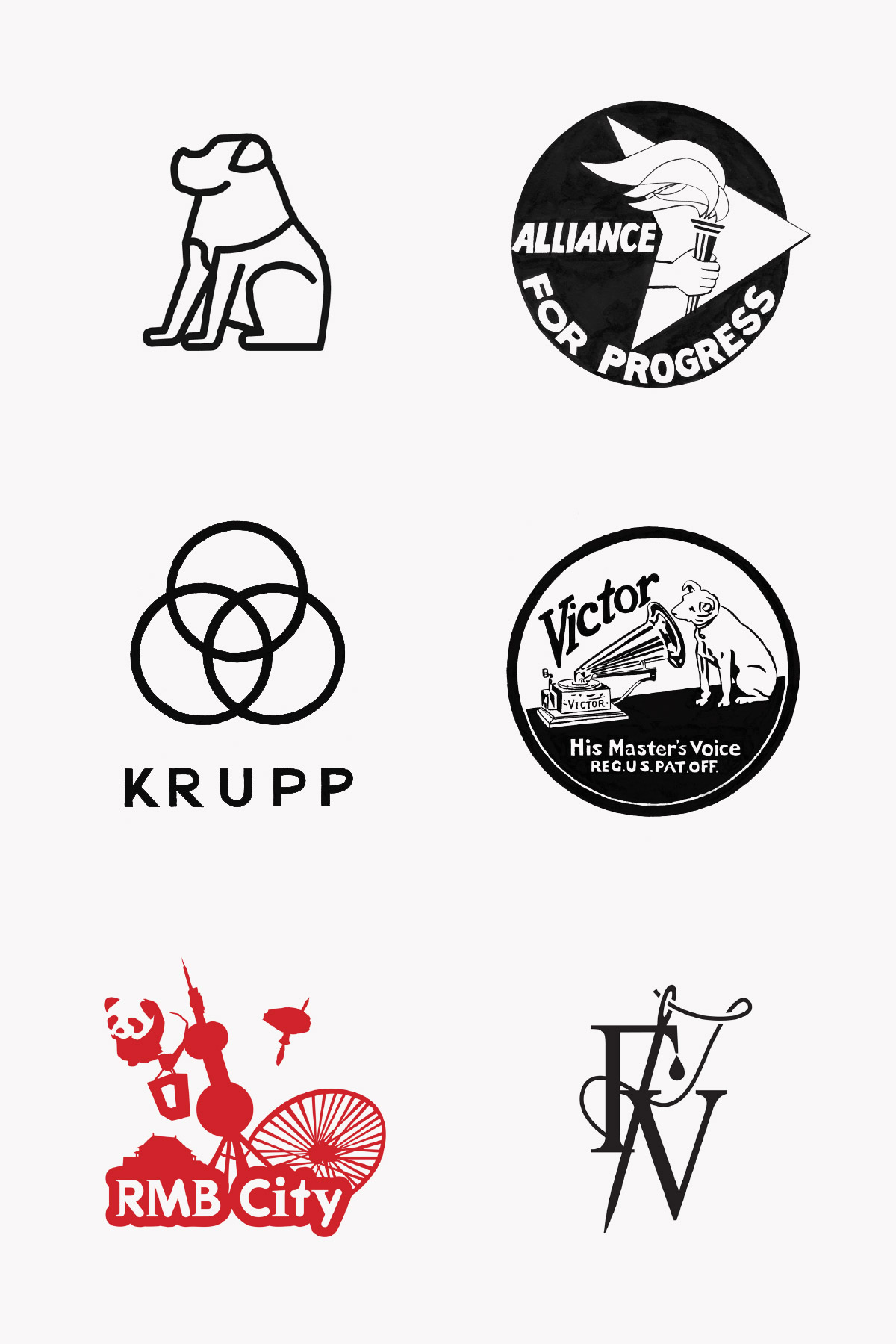 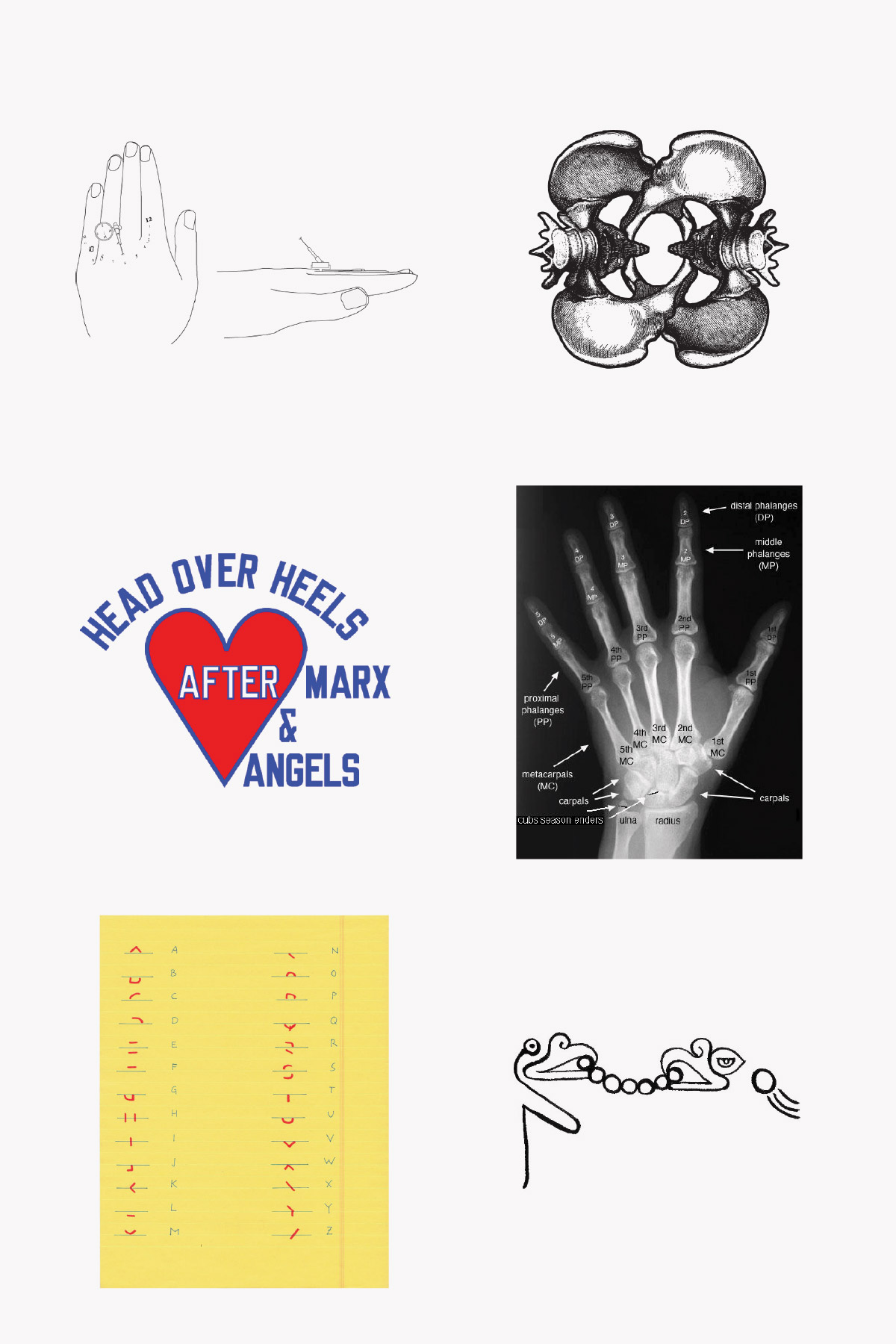 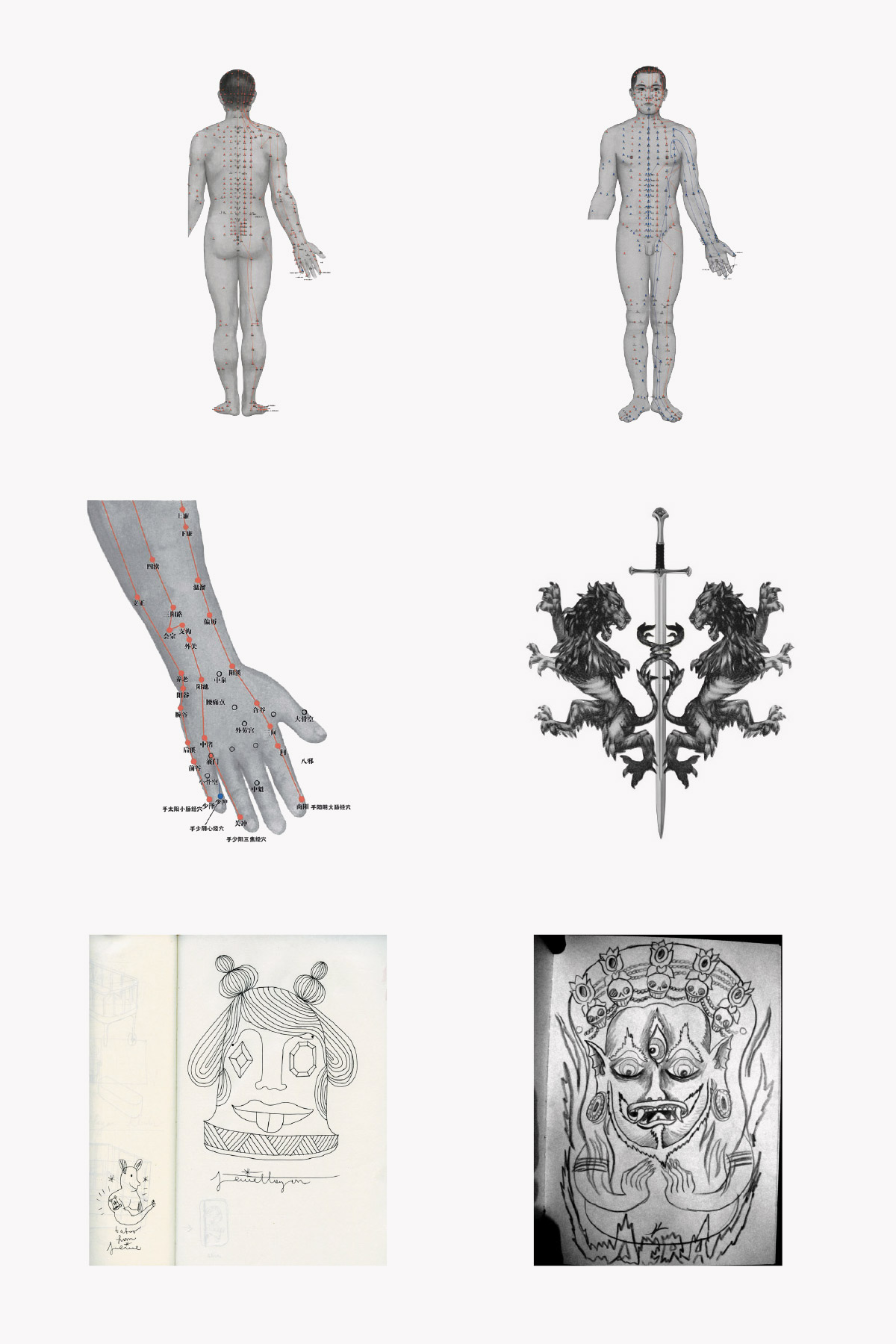 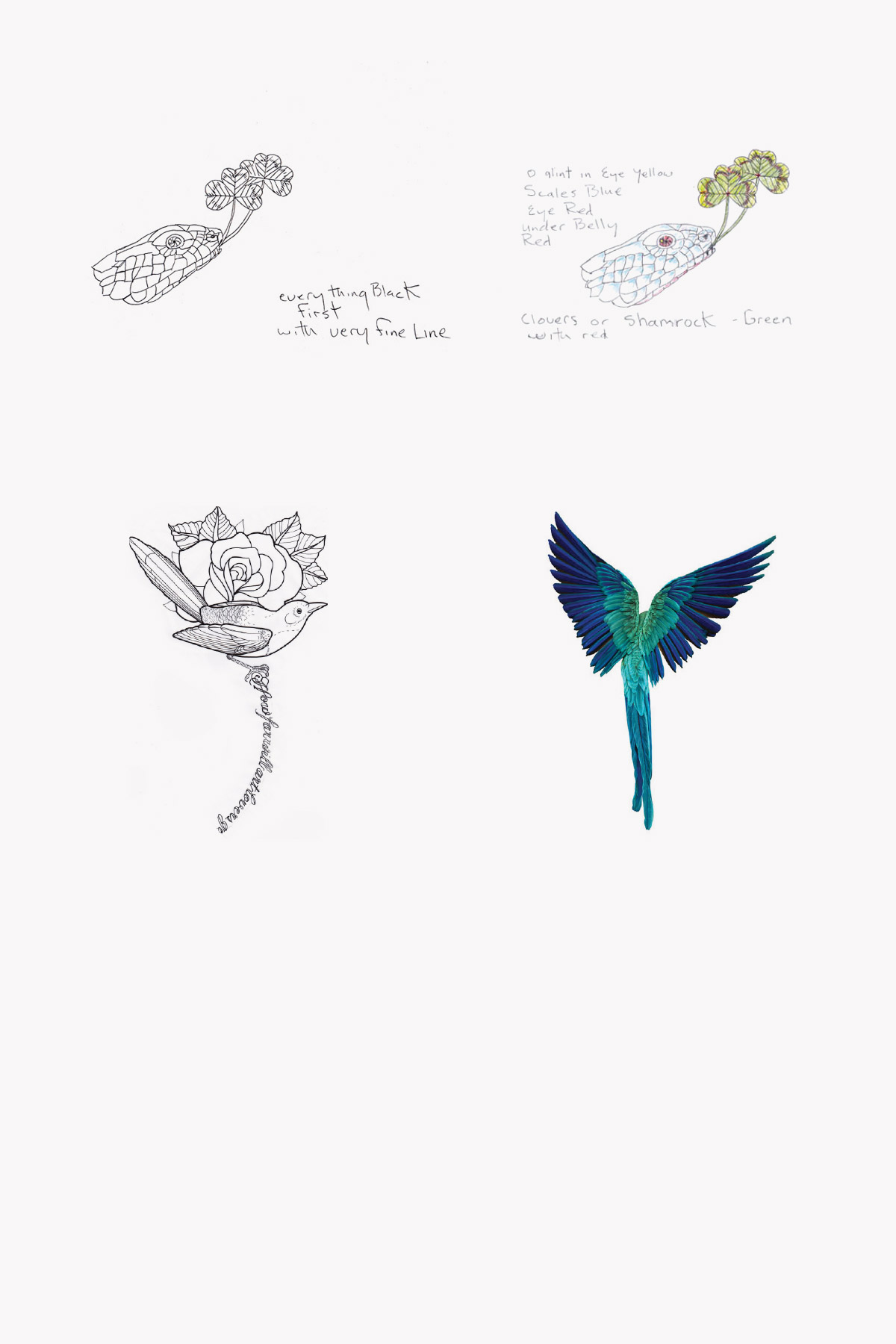 As Long As It Lasts... was a temporary tattoo parlor with permanent repercussions. Seventeen prominent artists and designers were invited to create tattoos that were inked on-site, by a professional tattoo artist, on any visitor or passerby who is prepared to make the commitment. The tattoos’ creators come from all persuasions, but the questions remain the same: What does it mean for a body to be “signed” by an artist? What is the relationship between author and audience, and how far will art lovers go?

Coming from a variety of backgrounds, the artists and designers participating in this project took vastly different approaches to the curators’ challenge.

While Christian Jankowski engaged several tattoo artists as collaborators to visually reinterpret the curators’ question, “How far will art lovers go?,” Damián Ortega takes as a point of departure a traditional Chinese acupuncture chart and invited the visitor to select one or a constellation of acupuncture points to have them inked on his/her body.

While “Rings of Love and Hate” is an alphabet created by Olaf Nicolai to be used by the audience to encode, on the arm or leg, the initials of friends and enemies, Francesco Vezzoli provided his own initials to literally sign the body of the collector. Wim Delvoye and Cao Fei offered the “brands” of some of their best-known projects; Delvoye’s Cloaca logo—referencing his Cloaca machines, which produce excrement via mechanical means—perversely redesignates the human body as the site of bodily function, while Cao’s RMB City logo marks the wearer as a real-life member of a virtual world created by the artist online.

Some of the tattoos related personally to their creators. Designer Jaime Hayon drew a lighthearted mask with bejeweled eyes—“humour is essential to life and beauty,” he says—while Constantin and Laurene Boym participated with their illustration of Hachiko, the dog from the true-life story who has become a symbol of unyielding loyalty and devotion, and whose image is tattooed on Laurene herself. Designer and architect Peter Marino, who has long designed his own tattoos, has created a mark comprised of two lions flanking a sword, symbolizing power, masculinity and the duality of life’s opposing forces.

Two artists incorporate and reinterpret Mexican imagery and Pre-Columbian iconography. In his multilayered drawings, Dr. Lakra (who began his career as a tattoo artist in Mexico) draws from the country’s tradition of illustration, printmaking and pre-Columbian art.  Mariana Castillo Deball’s tattoo images belong to a series of drawings of Quetzalcoaltl, the feathered serpent and supernatural deity at the core of several Mesoamerican religions, which the artist collected and assembled from different sources.

Throughout his work, Fernando Bryce mainly deals with the political events of the 20th Century and their representation in the media.  For this project Bryce contributes with three painstakingly rendered, iconic logotypes which, not without irony, remind you of a bygone era.

The conceptual fashion collective Bless created a sundial tattoo. With the numbers 1 to 12 tattooed on the left hand, and  a specially-designed ring that contained a compass and telescopic stick with a diamond top, one can use this tattoo to tell time, as with a sundial. Going deeper than the skin, Dexter Sinister’s tattoo design resembled an X-ray: A simple black outline drawing of the bone underneath the spot of the tattoo. For example, a small tattoo on the index finger in the third joint would make a striking lifetime mark, as a living reminder of where we are all headed and the root-level scaffolding that carries us there.

Kiki Smith has drawn an original tattoo design available in either black and white or color.

Photographer Andrew Zuckermann recast traditional wildlife photography with a contemporary, minimalist sensibility. For this project, he provided one of his images of birds—in this case, a blue and yellow macaw—in an update of a common tattoo motif.

First organized by Aric Chen, Josee Lepage and the late Tobias Wong, As Long As It Lasts... was previously mounted in 2007 at Design Miami/Art Basel Miami Beach. The 2011 edition included an entirely new roster of artists and designers, with the exception of Lawrence Weiner, who partly inspired the tattoo parlor, and from whom its name is borrowed. Weiner has participated in both installments, and for Berlin, has offered his 2010 work “HEAD OVER HEELS.” Like much of Weiner’s work, it features a graphic text infused with social and political critique.